Project info: It all starts with a simple theft of a bag. What happens next is something both perpetrator and victim could not predict. This short documentary, made on behalf of Perspectief, a Dutch organization that brings perpetrators of crimes into contact with victims, tells the story of two lives that meet.

It’s a story full of paradox: the offender, a drug addict, asks the judge for a longer sentence. The victim wants to report the perpetrator, with one condition: that something positive comes out of it. For the offender.

After interviewing both main characters in preparation of this production, I realized how both lives were wide apart, but were connected through this simple crime.

This is the director’s cut. 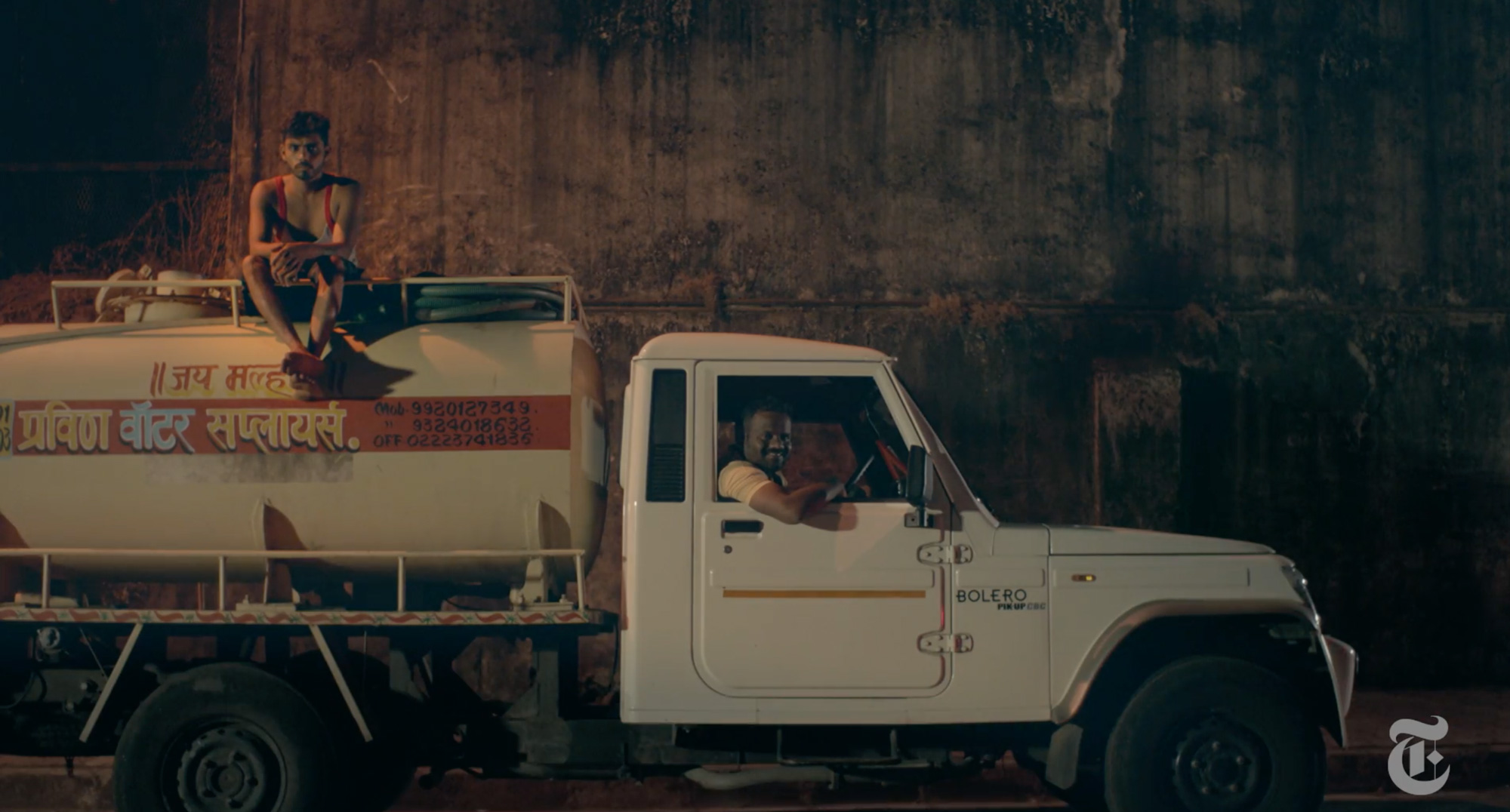 Another magnificent Op-Doc, by New York Times. The well crafted online video series by the American news organisation. ‘Mumbai’s Midnight Gardeners’ features two night workers; Rajesh and Ganesh. They water the many plants of the Indian capital. At night. When the city sleeps but a working day for these men is in full effect.

In (and on top of) their water truck they disclose their life stories. Love life, the Indian cast system, daily struggles, everything comes to light.

Documentary filmmaker Divya Pathak creates an intimate, beautifully shot and color graded video portrait. The empty the streets of the night, in stark contrast to the day, the amazing soundscapes, the charming main characters, it all adds up to another exquisite Op-Doc.

Project info: Video report of the Free Press Live award show in The Hague. Bahia Tahzib-Lie, Human Rights Ambassador of the Dutch Ministry of Foreign Affairs hands out the awards to the most resilient journalist of the year, the Iraqi photo journalist Ali Arkady, who was selected by the Dutch NGO Free Press Unlimited.


This video recap looks back at the event and has a statement of Bahia Tahzib-Lie on the importance of press freedom worldwide.